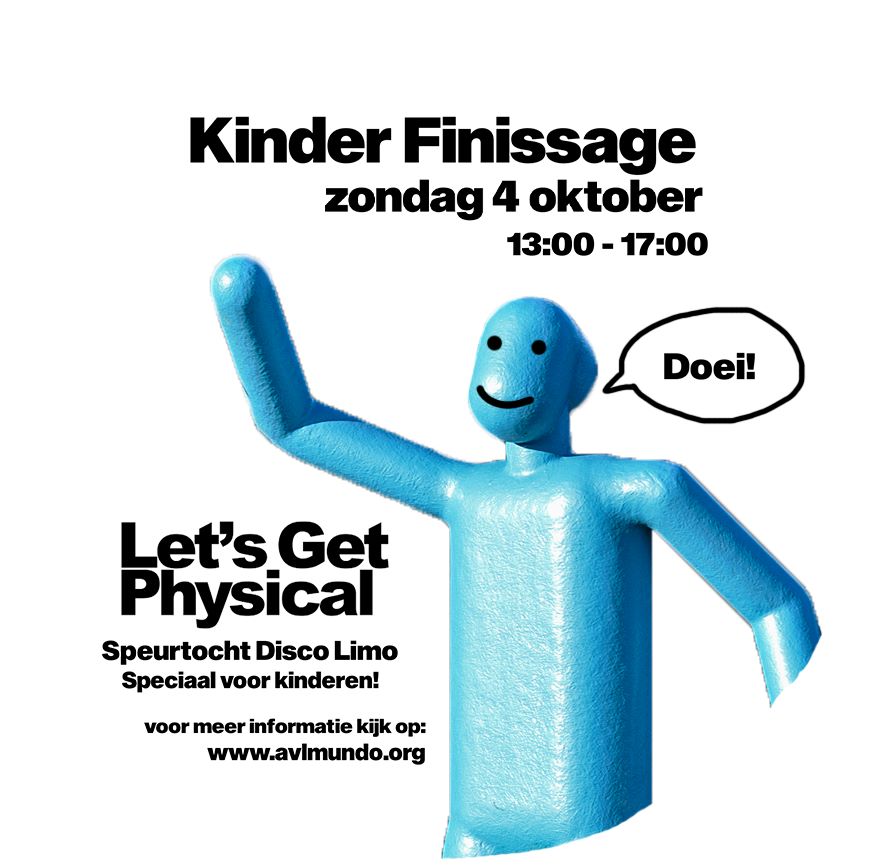 Due to recent Covid restrictions we will be adapting our Kids Finissage program for your safety.

We will welcome a maximum of 40 persons in the AVL Mundo Sculpture Park at a time.
You are always welcome to pick up your map for the Children’s Treasure Hunt 🕵🏻‍♀️ and the Let’s Get Physical exhibition anytime during our Kids Finissage Sunday. @voedseltuinrotterdam and @dakparkrotterdam will still have their outside activities such as the Vegetable puzzle 🥕and the great Adventure Road🌲.

The sculpture route is available to explore anytime during this final week of the exhibition between 9 – 6 pm .
You may also contact @urbanguides for a guided tour of the show.

Zooming in on Loss soli during World Alzheimer’s Day 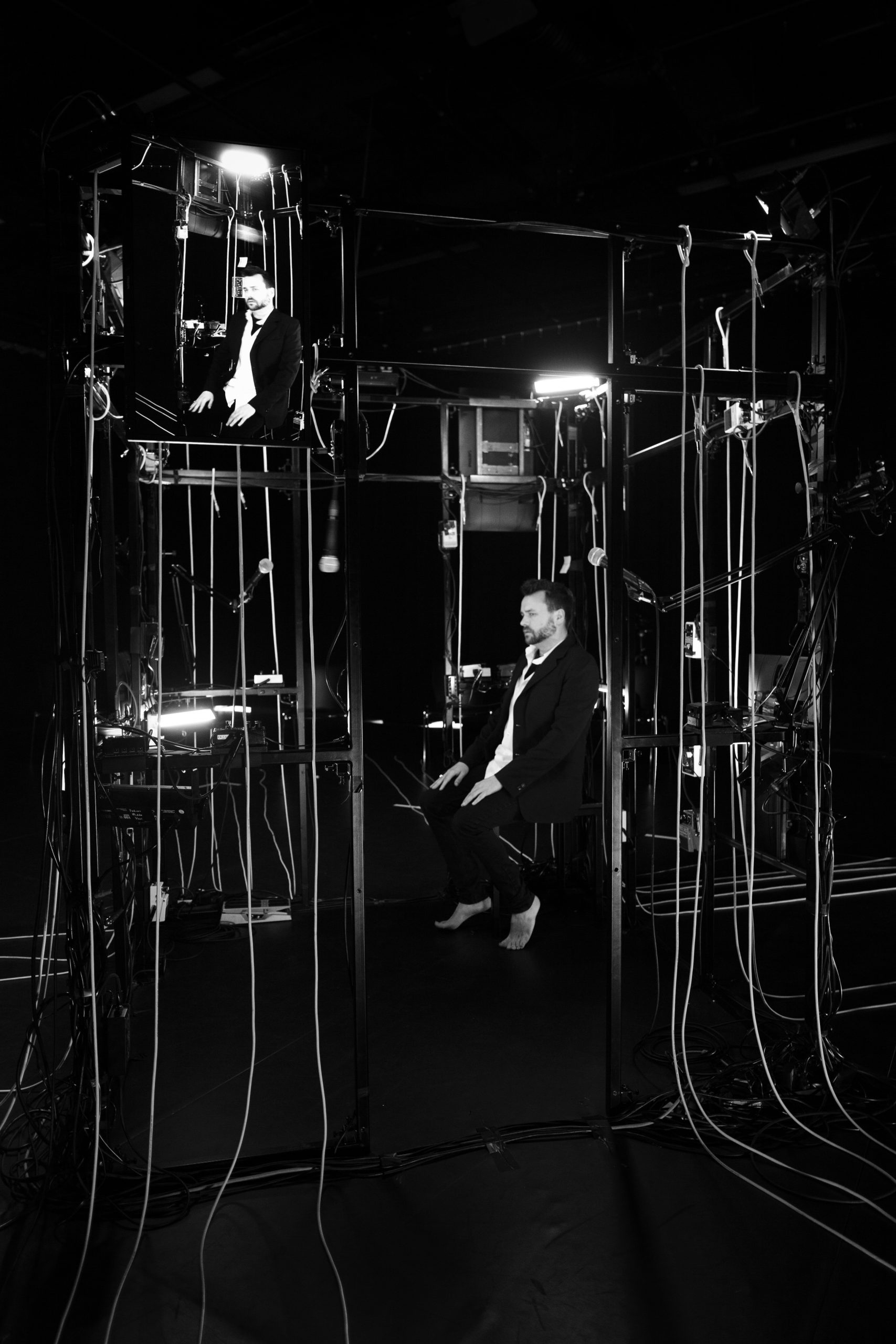 Zooming in on Loss soli is a performance that is designed on the basis of the new corona regulations, whereby a distance of 1.5 meters for both audience and performer is observed. For World Alzheimer’s Day on Monday, September 21, one or more solos will be shown during two performances at 4:00 PM and 7:15 PM. Ilka de Wilde will introduce the performances. 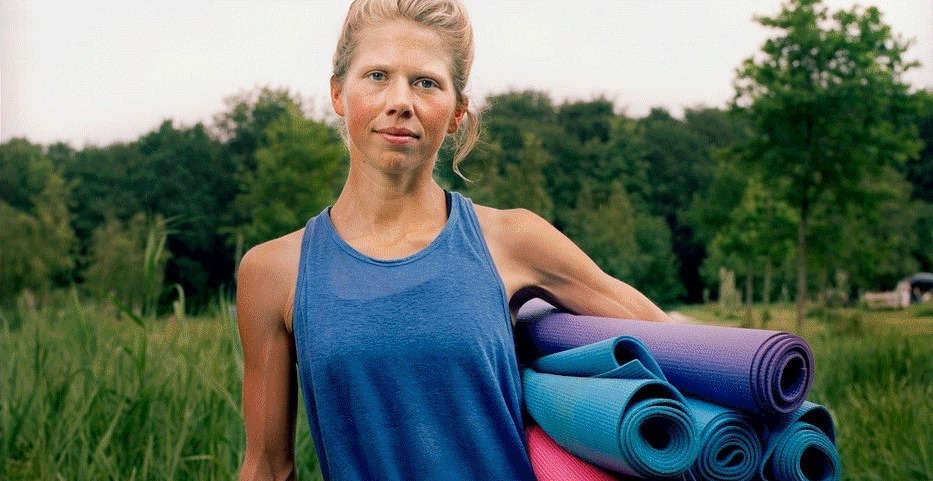 A theatrical sound performance in which Wunderbaum reflects on our society of accomplishments. After strategies have been set, motivational speeches fired, targets formulated, evaluation interviews scheduled, and burnouts have been faced, the actors wonder what was the original objective. Should they really take their professional ambitions this seriously? And can giving up one’s ambitions be just as satisfactory as realising them?

The idea for this theatre piece dates back to well before the coronavirus crisis. At the time it was unimaginable that our economy would come to such a radical standstill. Recent events provided the topic of performance driven society with an additional layer. Besides all personal, financial, and societal suffering, this crisis also certainly raises the question whether it is not wiser to mark time.
Work Harder is performed live in front of a small audience in a coronavirus-proof setting. 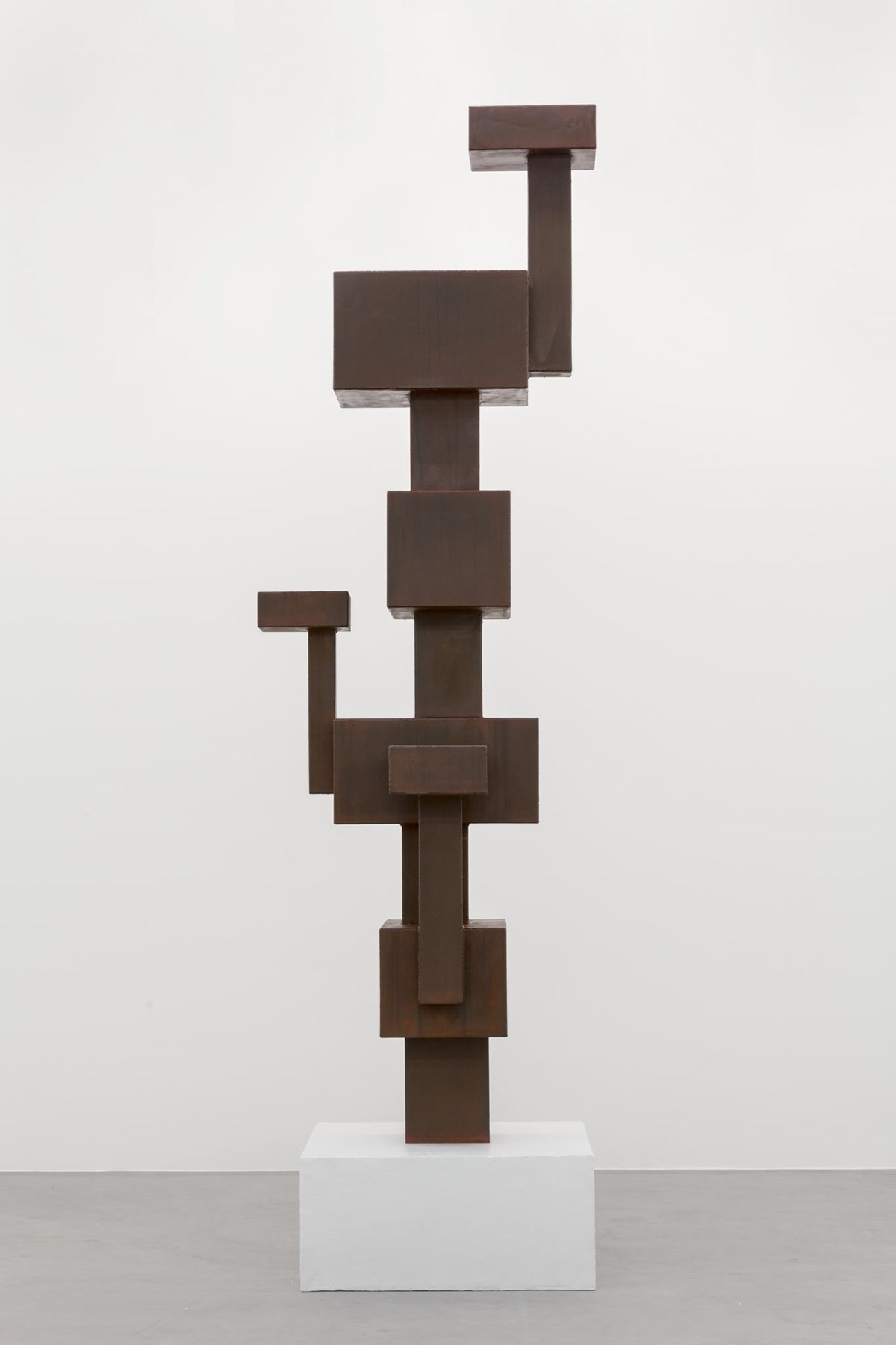 5 & 6 September 2020 – MOMO Fabrique, the only pop Festival in Rotterdam this summer 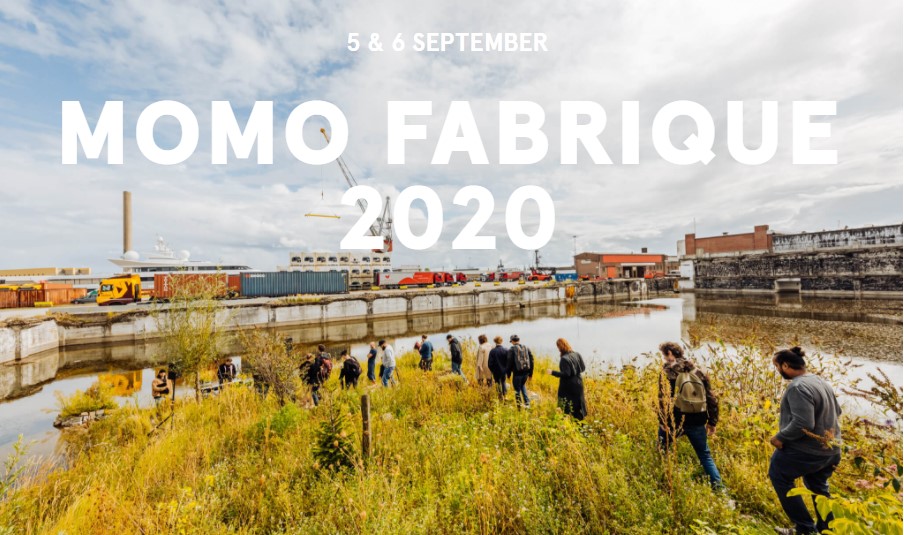 Join Motel Mozaïque for the only pop festival in Rotterdam this summer: MOMO Fabrique  POP Festival which will host a route for this special edition at AVL Mundo – visiting spaces within AVL Mundo’s compound. This way everyone can enjoy the music, food and art by following the COVID-rules safely. There will be a laying down-concert, spoken word performances, immersive live-music by S10, YĪN YĪN and Meetsysteem and much more. MOMO Fabrique 2020

‘Masters of Craft’ a two-day exhibition curated by Stichting Pluspunt Rotterdam at the AVL Mundo’s BarBaar, is an overview of craft work by outsider & insider artists. Over 100 works are on view in a variety of media spanning: steampunk art, kinetic art, metal art, bicycle repair, cooking, portrait, photography, spoken word, graffiti and other outsider art.

‘Street Lecture’ is a discussion about the history and context of Graffiti in Public Space in Rotterdam.
In conversation, join the infamous ‘Timer of Bad Boys’ and #Boortorri of #Lastplak. 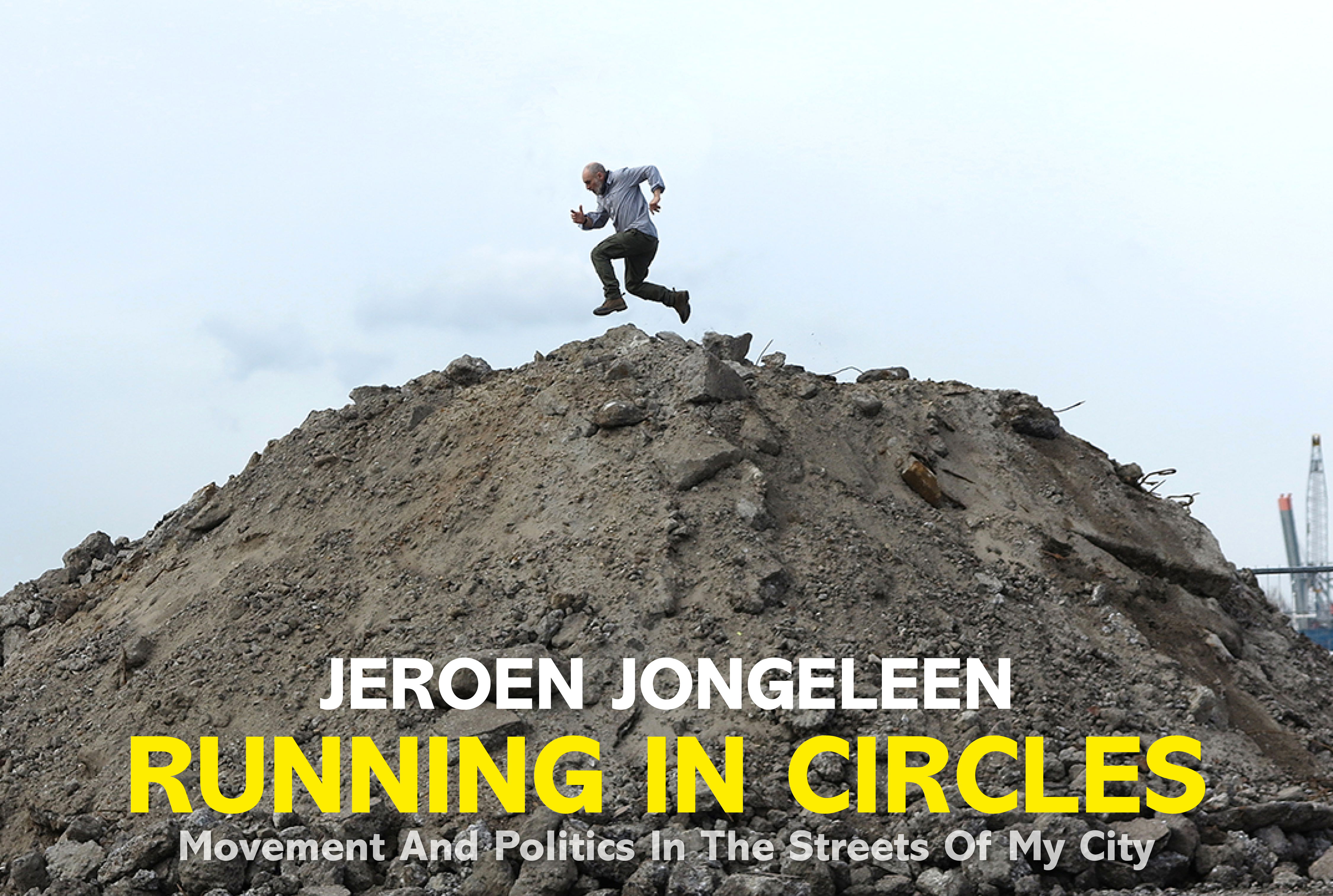 AVL MUNDO is pleased to announce the official opening of BarBAAR, a new exhibition and performance site, making AVL Mundo Foundation one of the largest independent contemporary art spaces in The Netherlands. The first AVL Mundo exhibition in the space will be Running in Circles/ Movement and Politics In The Streets Of My City by Rotterdam-based artist Jeroen Jongeleen, the winner of the second annual Brutus Art Prize.

During the opening night the award will be presented, along with this year’s Encouragement Prize to the Rotterdam based Chinese artist Liao Zhixin (1990)

Rotterdam-based artist Jeroen Jongeleen (b. 1967) has worked in public space throughout his career, creating minimalist endurance performances, as well as text-based graffiti, that straddle political activism and urban intervention. This new solo exhibition of work all created during Covid-19, features 11 short videos of running in circles throughout the city, along with prints and photographs of text works the artist created in public space, drawn from news articles speaking to issues of our time.

For many, the Covid 19-induced lockdown fueled a stir-crazy urge to go out and run, but for Jeroen Jongeleen running is not an escape from stifling domesticity, but a means of reclaiming the city. His feet and the dirt on the soles of his shoes are his tools, and abandoned streets, post-industrial factory rooftops, and pier-end parking lots, are his canvas. Read the complete text by Edo Dijksterhuis here.

Jeroen Jongeleen stated: “I’ve been creating art from running over the last few years, starting from doing long distance and then ultra long distances runs in straight lines and other shapes, then came to the essential form of a small circle, a simple challenging loop, leaving a temporary trace. A trace by effort. The effort of creating something through a basic gesture and concentration. During the corona-period, with everyone and everything boxed up, I had more time and more empty city at my disposal. However, with the parks being closed or limited access, I sought alternatives, ending up running on abandoned parking lots, building rooftops, and other city sites. As an active citizen, the vandalism of leaving a mark on the fabric of regulated space, is a commentary about free and unlimited usage of my surroundings. At the same time, with people sick around me, running allowed me to take care of my health as it forces you to be hyper-focused on the basics of breathing and keeping your joints working.”

Since the 1990’s, Jongeleen has also operated under the alias Influenza for his public projects, especially illegal graffiti. The large-scale posters and photographs in the exhibition are of text works he created in the public, taken from multiple news sources that comment on political and societal issues of our time, such as “This Right Here Will Change Everything.” Like the videos, these images are registrational artefacts, since the original work is short-lived. His graffiti name Influenza, by coincidence, aptly captures our time, as did the artist’s previous project in 2009-2010, placing masks on statues in Paris and Rotterdam in response to H1n1 paranoia – a gesture currently replicated by others around the world.

A wide range of influences are evident in Jongeleen’s work, from the anti-authoritarian Situationist International movement, Fluxus and Dada to Land Art and Conceptual art interventions by Richard Long, Gordon Matte-Clark, and Robert Smithson, as well as the mundane repetitive early works of Bruce Nauman and more.

More information and images of past projects, can be found www.jeroenjongeleen.nl

The exhibition was made possible thanks to the generous support of: During Museumnacht010, 7th March, AVL Mundo organised ‘Grease Enlightning; A sticky but smooth evening and night program with art, easy to copy dance steps, shiny dixxo and radically lit spaces. We’ve presented a new site-specific work 24 Ticks ( 2020)  by Jonas Vorwerk and the video TO PEE IN PUBLIC AND PRIVATE SPACES by Itziar Okariz.
Dance artist  Connor Schumacher preformed his show Funny, Soft, Happy & the Opposite and took the audience along in the ideology of Joy as a Safe Space. 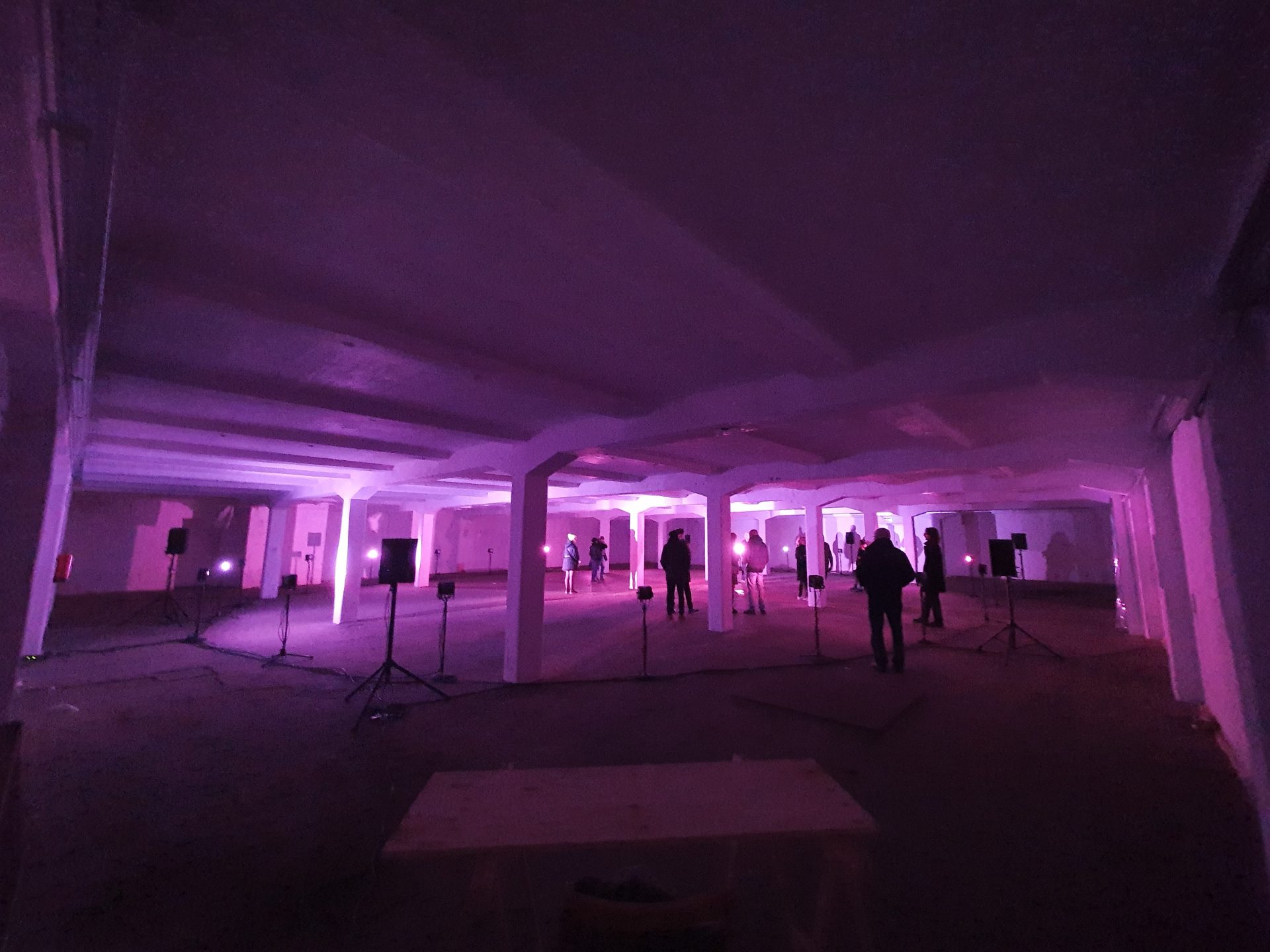 This is the first edition where all art forms were presented. For The Performance Show, a partnership has been entered into with various Rotterdam cultural institutions, including Witte de With. Artistic director of Kunstfort bij Vijfhuizen and curator of modern and contemporary art. She finds it fitting and inspiring that attention is paid to performances during the Art Rotterdam Week.  For more The Performance Show information click here. 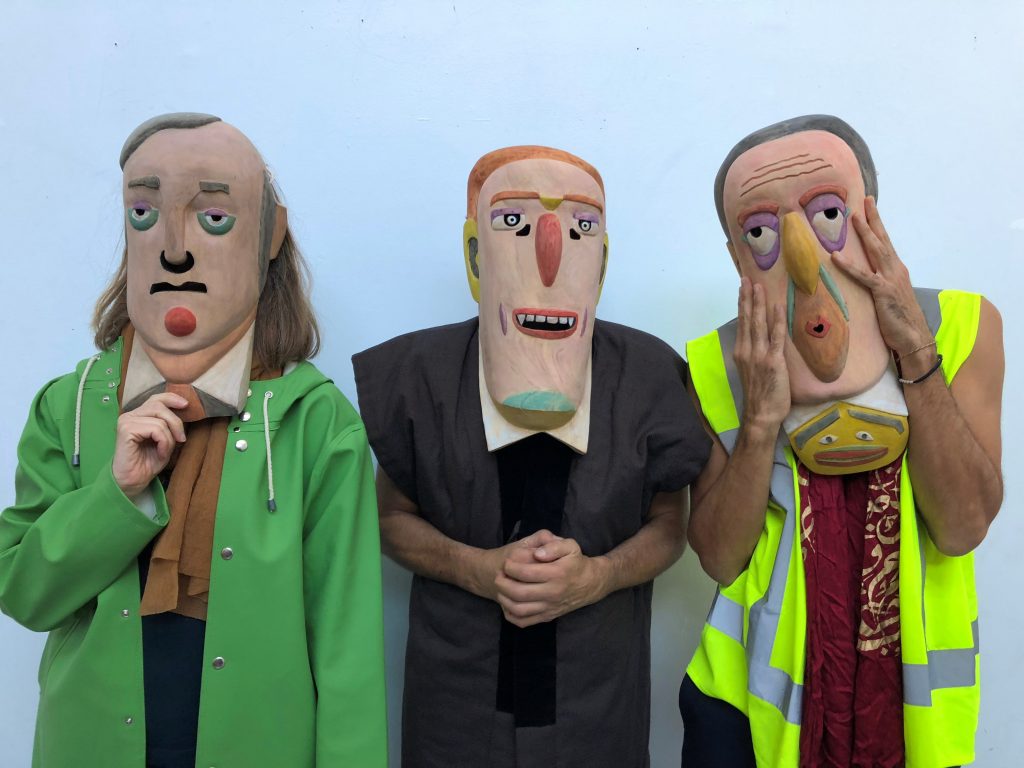 During Art Week AVL Mundo’s Artists-in-residence presented a duo expo: Duster. Clémence de La Tour du Pin (FR) and Anders Dickson (US) showed the work they made while staying at AVL Mundo, including a selection of paintings and sculptures. Both of their oeuvres reference and draw from the architecture of the body and its interwoven relationship to the spaces around it. Duster is synonymous with the removal of stagnance. This is intended to play with the ambiguous history of the villa located near the industrial harbour of the city and previously used as a brothel, a business and it’s current existence as a temporary home for artists. 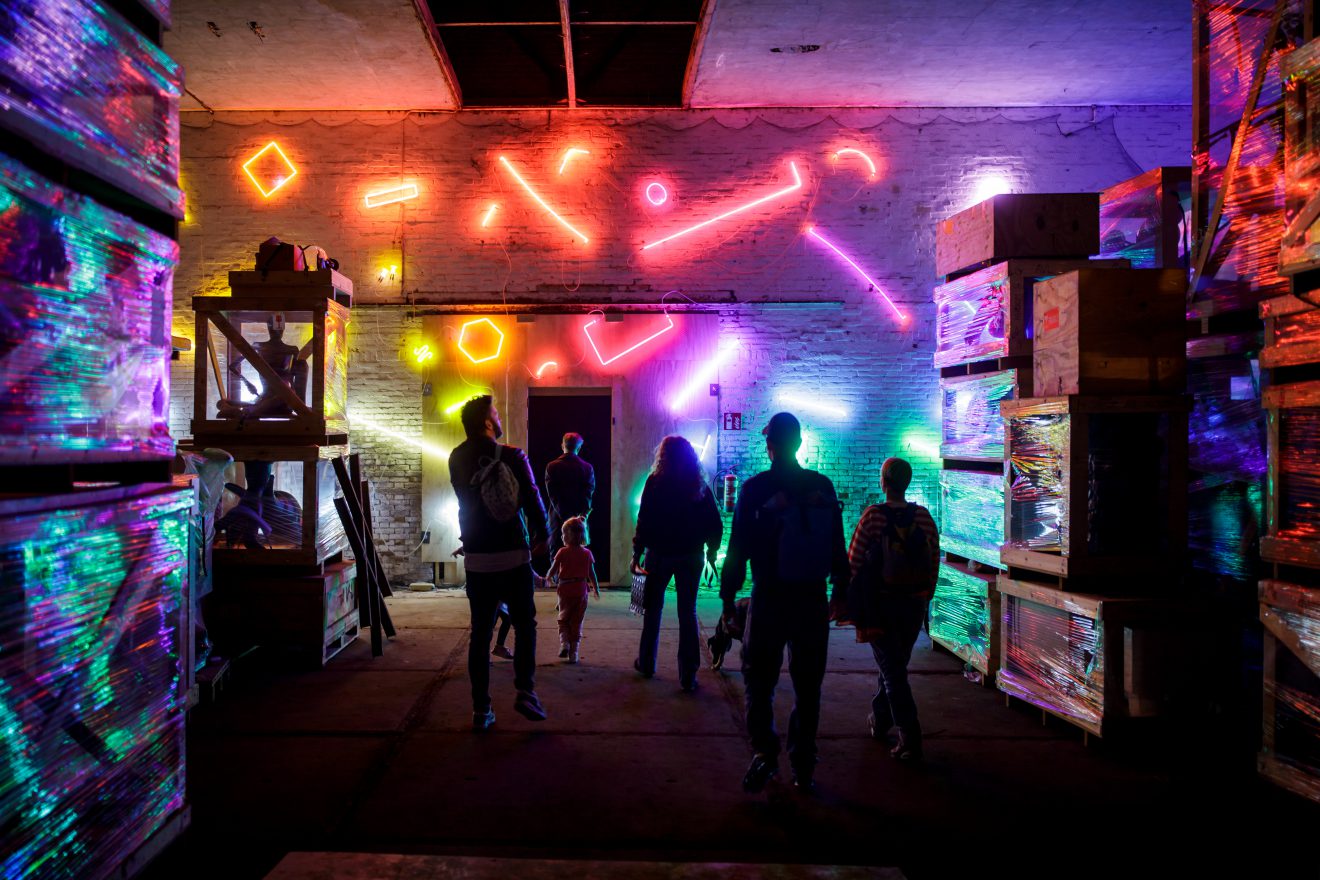 Behind every closed door there may be a hidden world, its rules and rituals only known to admitted members. A secret society can pursue political, religious, economic or perverse objectives, but there is one common denominator: they all operate in the shadows. At times because these practices cannot see the light of day, at others because sharing a secret creates a sense of belonging, a feeling of unity which every human not-so-secretly is searching for.

We all fear the unknown, yet the mystique of underground labyrinths, the maze of a hidden world appeals to everyone’s imagination. The artists of the group exhibition Secret Society use and depict their fascination for the hidden, thereby uncovering the paradox of a secret. After all, a secret only exists when it is shared, yet disappears the moment it comes out.
The exhibition takes place in a yet undisclosed location within the AVL Mundo premises. While the gate to this ‘secret society’ is usually kept closed, for once its secrets will be shared.

We are pleased to announce that Priscila Fernandes (Portugal, 1981) is the winner of the first Brutus Art Prize!

The jury praises Fernandes’ playful and accurate approach to social themes. She challenges viewpoints on work and leisure with both humor and honesty. This approach makes that her work has found a natural home in the city of Rotterdam – once the city of working people, now a city with an increasing amount of tourists.

The Brutus Art Prize is both for upcoming artists as well as established local icons. We are very happy that the jury wanted to extend an honourable mention to the Rotterdam artist Woody van Amen (1936, Eindhoven). The jury is impressed by the important position he still occupies within Rotterdam’s art scene. For almost fifty years, Van Amen has produced a sensational and multifaceted oeuvre that includes painting, sculpture, installation, and film. He doesn’t let a day go by without producing art. ´´I have to go to my studio – every day“.

Press about the Brutus Art Prize.

Exhibition “Whats wrong with this picture” 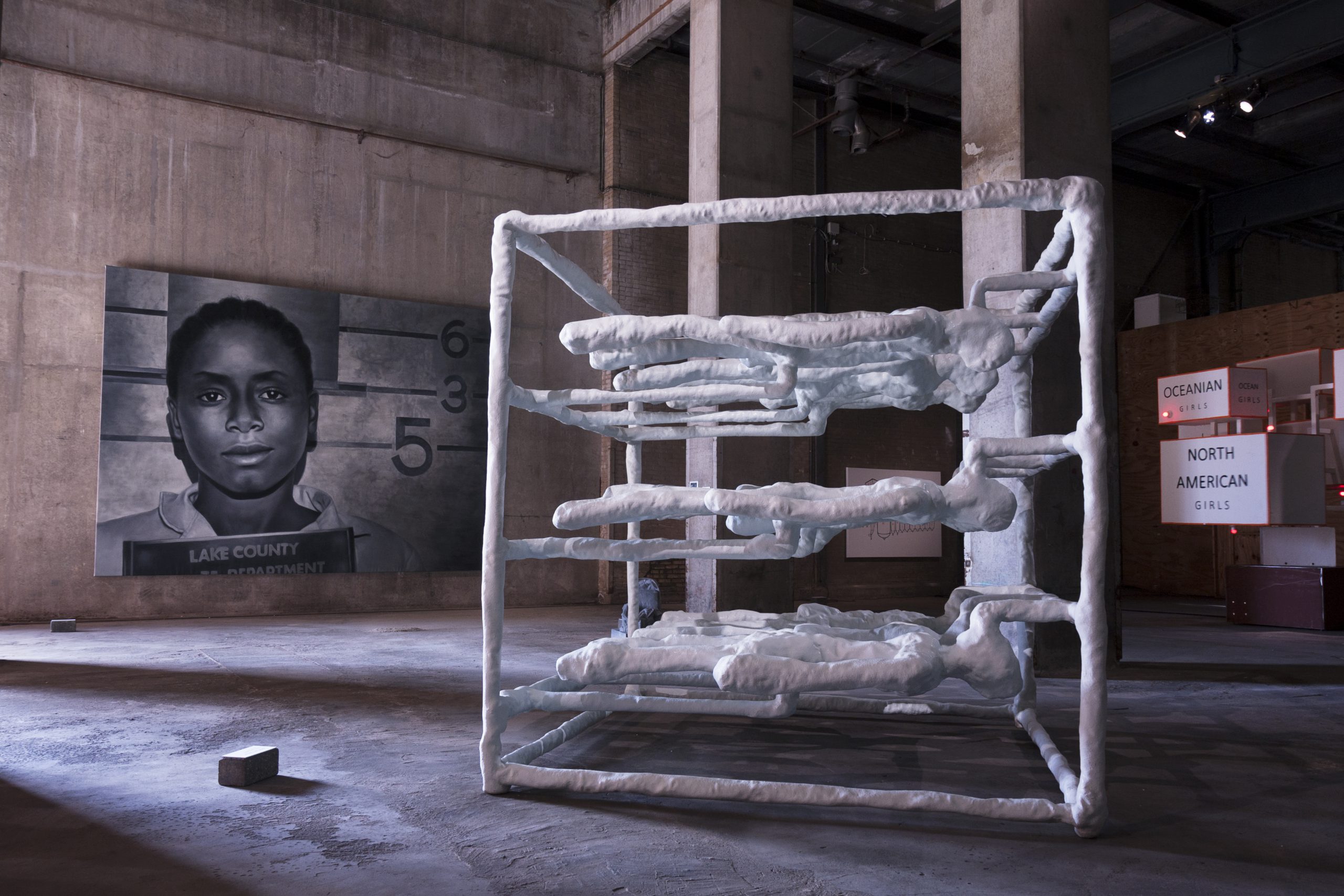 The exhibition “Whats wrong with this picture” (2018) confronts the public with works that contain dark humour, ask urgent questions and present a bleak view on reality. Atelier Van Lieshout, Mike Bouchet, Libia Castro & Ólafur Ólafsson and Riley Harmon contribute to the exhibition. Atelier Van Lieshout showed works from the SlaveCity project about perceived and mouldable social normalcy, as they reconsider the concept of time, the prospects for society and the role of mankind therein. Visitors are forced to think about what we take for granted and to ask themselves, “What’s wrong with this picture?”. The exhibition Territory (2013), curated by Joep van Lieshout, shows the work of several international artists, and has been said to be disruptive and border-crossing. Located in a former feed mill with an outside terrain, the works of art merge with its rough and industrial setting. Especially for the exhibition, a large site-specific installation was created by Dutch artist Kevin van Braak.

During the opening hundreds of people came to have a first look at the works of art, to enjoy the food that Dutch artist Kevin van Braak prepared in his book burning oven, and to dance to live music. In its first month of existence Territory received positive reviews and welcomed many visitors on its premises at the port area in Rotterdam.